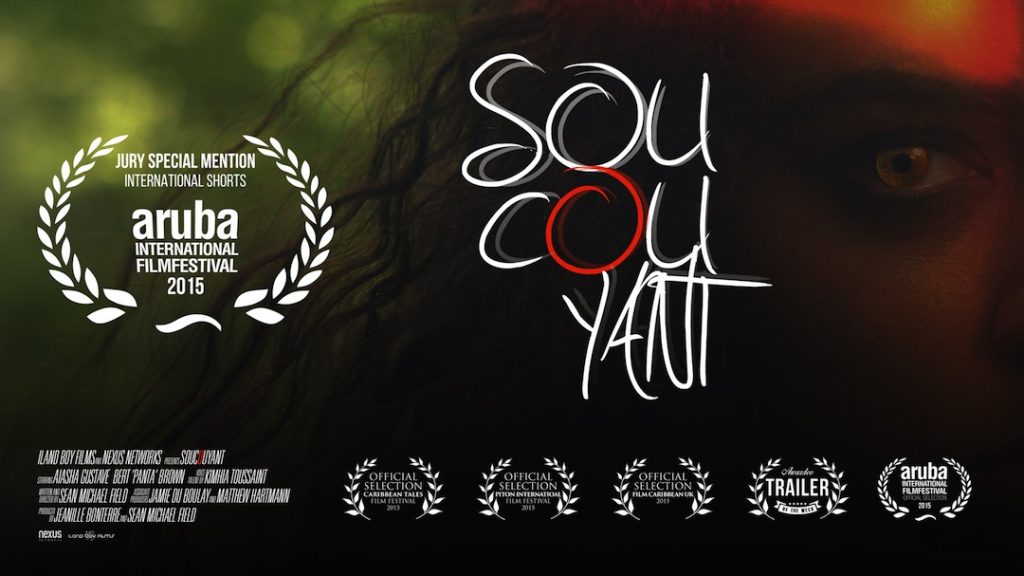 In the small Caribbean island of St. Lucia lives an ancient spirit. Soucouyant, as she is known, cannot be contained, captured or killed. The people in the town of Gros Islet have come face to face with this reality. Soucouyant has taken 8 lives already when she prepares for her latest victim. As she passes through the town her spirit begins the task of finding a replacement for her tortured skin.

This short film was shot as a challenge. The concept was created 7 days before shooting and all filming took place in 4 days. None of the actors or crew had ever worked on a film before. The film has gone on to win the Jury Mention at The Aruba International Film Festival and Trailer of the week on Awardeo (The awards company recognizing work on Vimeo.com)